Welcome back to the last installment of my coverage of this year’s MAD MONSTER PARTY! Let’s wrap this thing up! If you haven’t yet, check out Parts 1 and 2 to see what’s happened so far.

It was a big thrill to talk to Kenny Caperton of the NC Myers House again. We have a few friends in common and have met a few times before, but I always look forward to finding out what he’s been up to. I finally got to score a VHS copy of his film, Honeyspider. That isn’t the only format it’s available in, but come on; of course I went with the VHS option. I haven’t watched it yet though. I’m saving it for a proper review closer to, appropriately enough…Halloween! If you never have, you have got to check out the site as well as his interviews and TV appearances. This guy is living the dream! In the meantime, here’s the trailer:

I had one last proper guest to knock out before I left. Of course, I would loved to have had more time and money to get much more done, but well, this one was a quick and cheap operation. Get in, make a memory or three, and get out before you get kicked out. But, I ended up saving one of the best for last: Eileen Dietz! For those of you who are unaware (shame on you), she’s most known in horror circles as the face of Pazuzu, the demon that possessed Reagan in The Exorcist, but she’s actually quite a prolific actress who has appeared everything from the original Helter Skelter, a Happy Days episode, Halloween II, Creepshow III, and even an episode of Tim and Eric Awesome Show, Great Job!

As I mentioned before, by this point, the day was wrapping up and it was time to pack up and leave. In fact, as I approached Eileen’s table, she was doing just that. We chatted as I helped her fold up her table cloth and pack up the last of her things. Her assistant had already split, so there was no one around to take a picture. So, we snapped a couple of quick, blurry selfies: 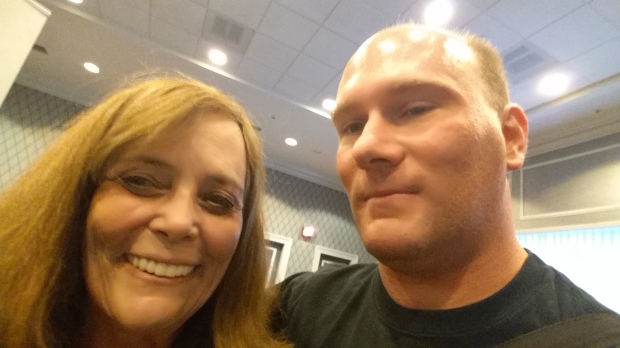 But, that’s not the best part! Folks, she was actually selling her very own brand of pea soup and I got the last can! 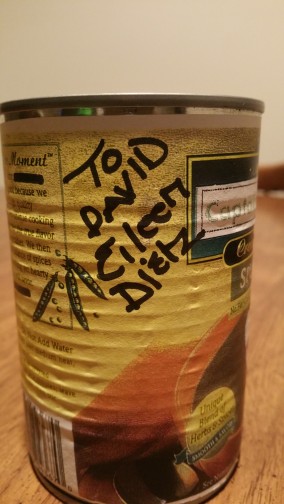 I’ve snagged a few cool collectables at conventions before, but this one will go down as one of those “the house is on fire and I can only save a few things” saves. Yep, that’s me, standing out in the yard holding nothing but my cat, Squeakers, and a dusty can of autographed pea soup I bought off a cult horror celebrity.

After that, I walked her out and at that moment, it hit me how surreal it was that the face of one of the most notorious cinema demons ever was chatting with me about her hassles with taxes and the healthcare system in this country. We were just two people, walking down the hall, making small talk about all the annoying shit of life. I’ve actually kept in touch with her and had some great conversations since. It was one of the best and most unexpected ends to a convention I’ve had in a long time.

That’s it, folks! I’m going to end things with an assortment of random pics I took around the convention floor, including the costume contest from later that night. Enjoy! Thanks for hanging in for all three parts of this. 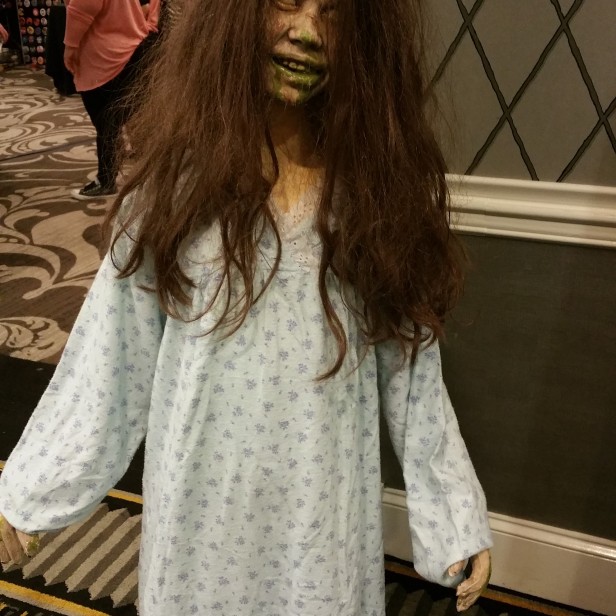 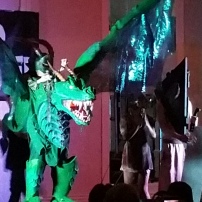 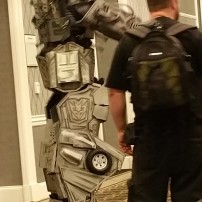 Next up, I visited some notable internet buddies a couple of weeks ago and the whole thing quickly dissolved into a blur of hot sauce, angry geese, and Ecto Cooler. I’ll tell you all about it soon. Stay tuned, nerds.